skip to main | skip to sidebar

“The Desert of Forbidden Art”

His documentary “The Desert of Forbidden Art” that he wrote, produced and directed together with Amanda Pope won the Cine Golden Eagle Award and Best Documentary at the Palm Beach International Film Festival and will be broadcast on PBS Independent Lens in 2011.

He is a graduate of the USC School of Cinematic Arts and holds an undergraduate degree from The School of the Art Institute of Chicago. He has edited a number of award-winning fiction and non-fiction films as well as television programming for HBO, PBS, History Channel, National Geographic, Channel 1 Russia and MTV Russia.

The latest show he edited for National Geographic called “Alien Earths” was nominated for an Emmy for Outstanding Animation.

He has worked on the documentary We Live in Public which won the Grand Jury Prize at Sundance, and the feature Bastards which won the MTV Russia awards for best film.
His commercial clients include Honda, Oscar de la Renta, TELE2 and Rooms To Go. His spots have won several Telly Awards.


How does art survive in a time of oppression? During the Soviet rule artists who stay true to their vision are executed, sent to mental hospitals or Gulags.

Their plight inspires young Igor Savitsky. He pretends to buy state-approved art but instead daringly rescues 40,000 forbidden fellow artist's works and creates a museum in the desert of Uzbekistan, far from the watchful eyes of the KGB. Though a penniless artist himself, he cajoles the cash to pay for the art from the same authorities who are banning it. Savitsky amasses an eclectic mix of Russian Avant-Garde art. But his greatest discovery is an unknown school of artists who settle in Uzbekistan after the Russian revolution of 1917, encountering a unique Islamic culture, as exotic to them as Tahiti was for Gauguin. They develop a startlingly original style, fusing European modernism with centuries-old Eastern traditions.

Ben Kingsley, Sally Field and Ed Asner voice the diaries and letters of Savitsky and the artists. Intercut with recollections of the artists' children and rare archival footage, the film takes us on a dramatic journey of sacrifice for the sake of creative freedom. Described as "one of the most remarkable collections of 20th century Russian art" and located in one of the world's poorest regions, today these paintings are worth millions, a lucrative target for Islamic fundamentalists, corrupt bureaucrats and art profiteers. The collection remains as endangered as when Savitsky first created it, posing the question whose responsibility is it to preserve this cultural treasure.
Posted by Iosif at 9/26/2010 11:25:00 PM 2 comments:

Amarcord, The Discreet Charm of the Bourgeoisie 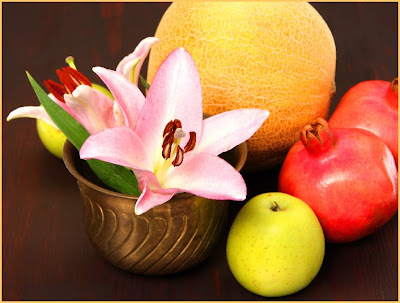